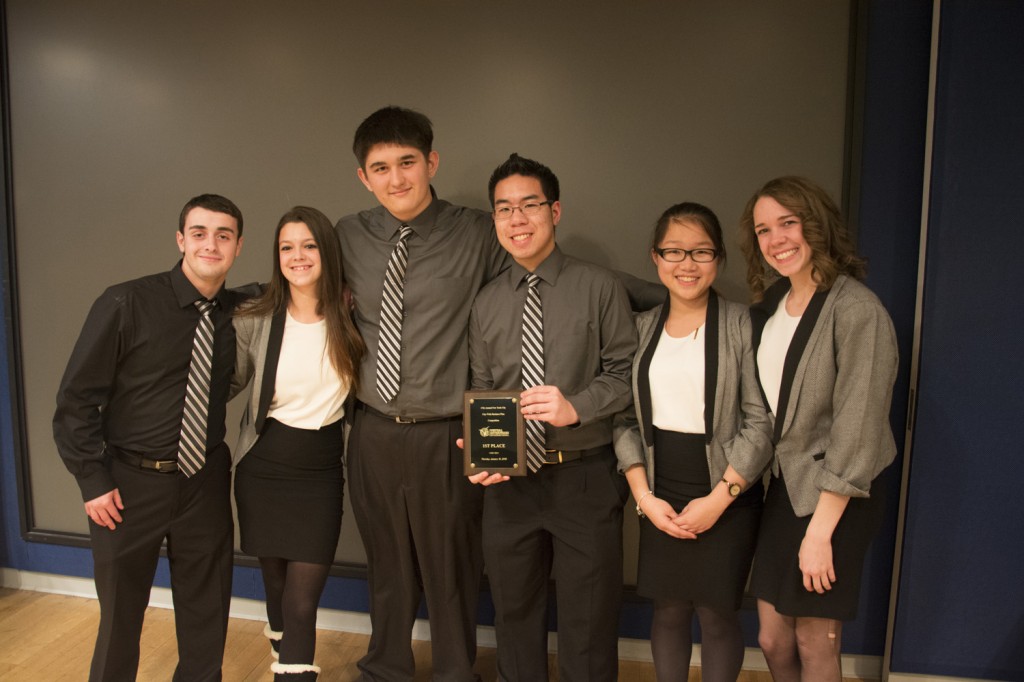 Situated at the United Federation of Teachers headquarters, the annual VEI New York Citywide Business Plan Competition gave twenty firms the opportunity to distinguish themselves as top VEI firms in the region. On the morning of January 15, students and coordinators showcased their achievements to a small panel of judges, in order to represent NYC in the National Business Plan Competition on Tuesday, April 14, 2015.

Each firm’s pitch was divided into two rounds and lasted for a maximum of 10 minutes, followed by a Q&A session with the judges. After the preliminary rounds, students exuded confidence and were well-prepared.

Seven firms went on to participate in the Championship round in front of a panel of seven industry professionals. After watching seven strong presentations, judges had a challenging task in picking only three Champions, but Polyglot Translations, T-Squared and Brandmark Advertising were ultimately chosen to advance to Nationals.